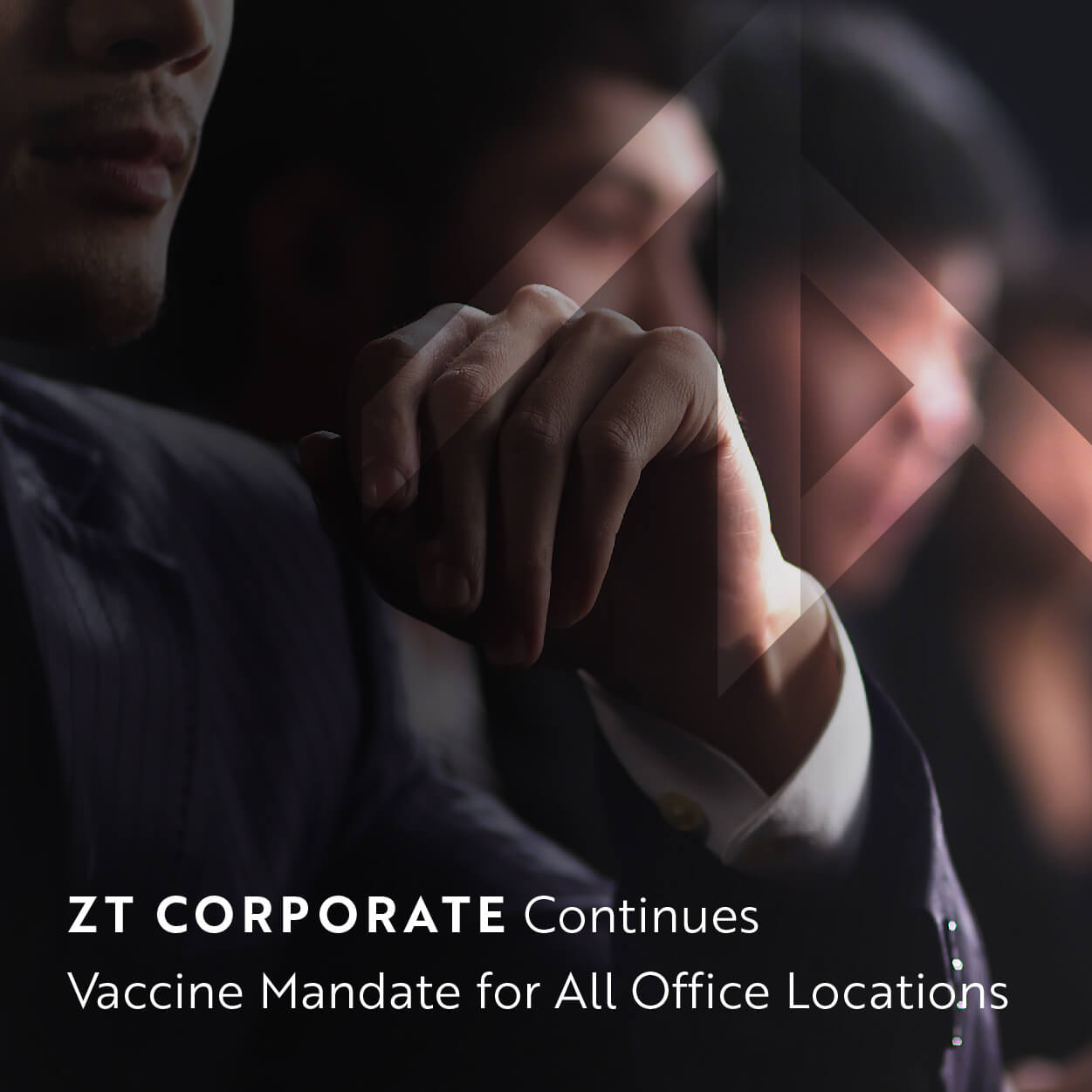 Texas Gov. Greg Abbott’s order barring businesses from requiring employees get vaccinated appears to provide cover to at least half of the Texas workforce who work for smaller companies but do not want to get vaccinated.

Experts agree Abbott’s order — which says even private companies in Texas cannot “compel receipt of a COVID-19 vaccine by any individual” — would likely be trumped by President Joe Biden’s requirements that federal contractors and businesses with 100 or more employees require vaccines. Major corporations based in Texas, including Southwest Airlines and American Airlines, said Tuesday they would abide by Biden’s rules over Abbott’s.

The federal rules are still in the works, but even after they’re enacted they won’t affect the majority of the state’s workforce. The big businesses affected by Biden’s rule employ 44 percent of Texas workers.

How much protection the governor’s order — which is effective immediately — provides to those 56 percent of workers employed by the smaller companies, however, is another question. Legal experts were split on whether those fired for refusing to get a shot could start collecting unemployment, for instance. Some attorneys believe Abbott has clearly opened the door for those workers to get benefits, while others argued the order stops well short of making such a guarantee.

And the order is likely to prompt conflicting rulings from judges at various levels of the court system, as has Abbott’s effort to stop schools and local governments from enacting mask mandates. Repeatedly, the state has admitted in court that it has no plans to enforce the ban on mask requirements, saying that is up to local district attorneys.

“You have these orders coming down at various levels. I think if you’re a consumer or even an employee, you’re kind of in a tough spot if you’re choosing to not be vaccinated,” said Alfonso Kennard, Jr., a Texas-based employment attorney. “The path of least resistance would be to be vaccinated.

“At a minimum, all it does is give some entity the ability to point to something and say, ‘The governor said this, so I should be OK,’” Kennard said. “But a week from now, a judge could say it isn’t lawful.”

The Texas Workforce Commission would not say whether the order impacts unemployment claims, saying only that each is handled on a case-by-case basis with the “totality of the job separation” taken into consideration.

Kalandra Wheeler, an employment attorney based in Houston, said Abbott’s order would appear to make it easier for unvaccinated workers to argue they deserve unemployment.

“What they have to establish for you not to get benefits is that you either resigned and there was no good cause connected to the work, or that you were terminated for misconduct,” Wheeler said. “I think there’s less of an argument you’ve done those things when the governor issues a ban that says you’re not required to get the vaccine.”

Randall Erben, a law professor at the University of Texas who previously worked as Abbott’s legislative director, said he believes the order was “very carefully drafted, very thoughtfully drafted, and drafted in a way that makes it harder to challenge and more easily enforceable.” Importantly, it doesn’t mention anything about unemployment eligibility.

“The executive order doesn’t really get into that,” he said. “What it says is a private employer can’t compel an employee to get a vaccine. What an employer does after that is not addressed in the order. It’s not even really contemplated.”

The White House on Tuesday blasted Abbott’s move, with White House Press Secretary Jen Psaki saying he was “putting politics ahead of public health” as she noted more than 66,000 Texans have died from COVID.

“Why would you be taking steps that prevent the saving of lives, that make it more difficult to save lives?” Psaki said. “Bottom line is we’re going to continue to implement the law, which the President of the United States has the ability, the authority — the legal authority — to do, and we are going to continue to work to get more people vaccinated, to get out of this pandemic. The president will use every lever at his disposal to do that.”

Businesses, meanwhile, were weighing which order to abide by. At least one large Texas employer said it would put its mandate on hold until Biden’s rules take effect — weeks from now — even as business groups including the Greater Houston Partnership urged companies to stand strong.

“The governor’s executive order does not support Texas businesses’ ability and duty to create a safe workplace,” said Bob Harvey, president and CEO of the Greater Houston Partnership. “While the courts will likely decide the validity of this order, we encourage all employers to continue to promote the importance of vaccinations with their employees.”

Many large companies said they were doing just that.

Delta, which employs thousands in Texas, didn’t say whether the governor’s order would affect its Texas operations, but it said its deadline for employees to provide proof of vaccination was two weeks ago — Sept. 27.

So far, 99.5 percent of United’s employees in the U.S. have now chosen to get vaccinated, excluding those who sought an exemption.

American and Southwest Airlines said they would leave their vaccine requirements in place, pointing to Biden’s order.

“We’re urging all of our employees to get vaccinated,” Southwest CEO Gary Kelly said on CNBC. “If they can’t, we’re urging them to seek an accommodation either for medical or religious reasons and my goal obviously is that no one loses their job. The objective here obviously is to improve health and safety, not for people to lose their jobs.”

But some said they would abide by Abbott’s rules, at least for now. Camden Property Trust, a national real estate company headquartered in Houston, planned to walk back an Oct. 25 deadline for its employees to be vaccinated, said Ric Campo, Camden’s CEO.

He acknowledges the rules are a little unclear with the discrepancies at the federal and state level, but until the Biden administration puts out more guidance on the requirement, he said he will follow the state law.

Camden operates in nine states and the District of Columbia and has about 650 employees in Texas. Just 14 of those 650 are not vaccinated, Campo said.

Other employers aren’t as concerned. Taseer Badar, chief executive of ZT Corporate, a Houston-based private equity firm, put a vaccine mandate in place in August, and said he plans to keep the policy unless his legal team advises him otherwise.

About 99 percent of employees across ZT Corporate, which has offices in Houston, Pearland, New York and Los Angeles, have been vaccinated

“I think it’s a non issue because a lot of people in our company are already vaccinated,” Badar said. “And a lot of new employees that are coming to the table for interviews are voluntarily, without being asked, getting their vaccines.”

Overall, the conflicting federal and state rules only complicates matters for employers, said Kevin Troutman, partner at Fisher & Phillips, a law firm that specializes in employment and labor law.

“It creates uncertainty, which makes it more difficult for companies to plan,” Troutman said. “You can take the low-risk approach, and do more testing than you would have had to do before this executive order, but it costs more money.”

The original article can be found at the Houston Chronicle located here. 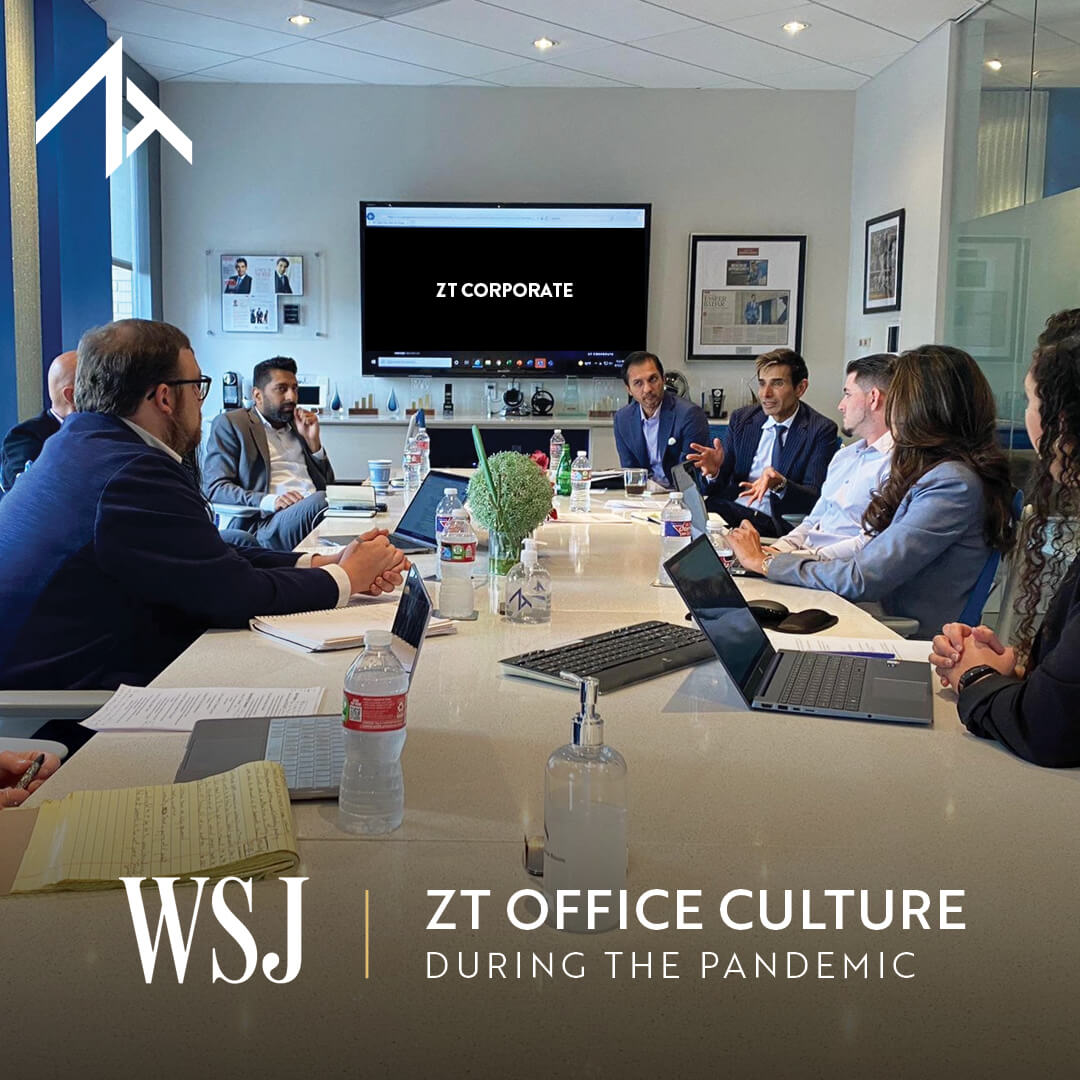 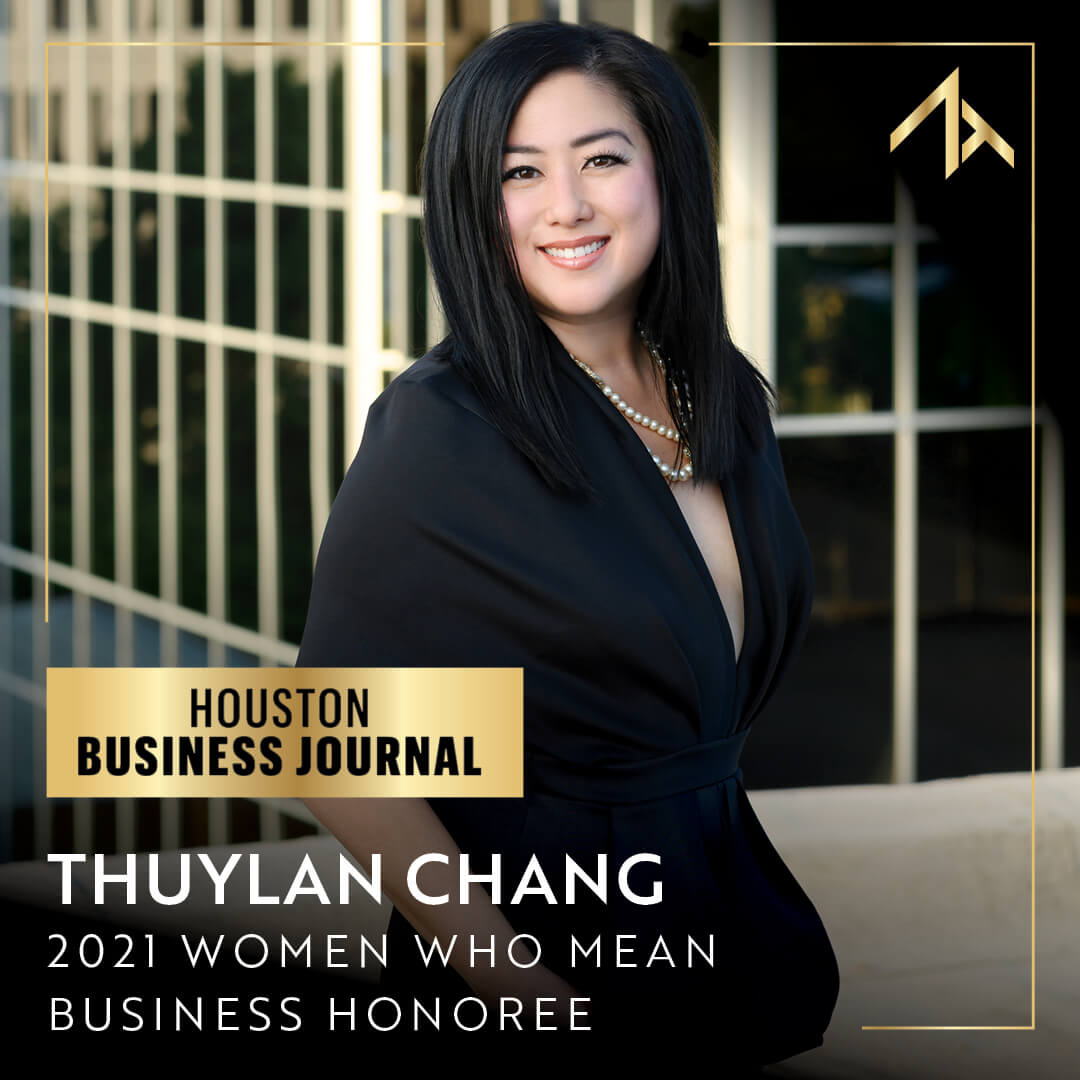 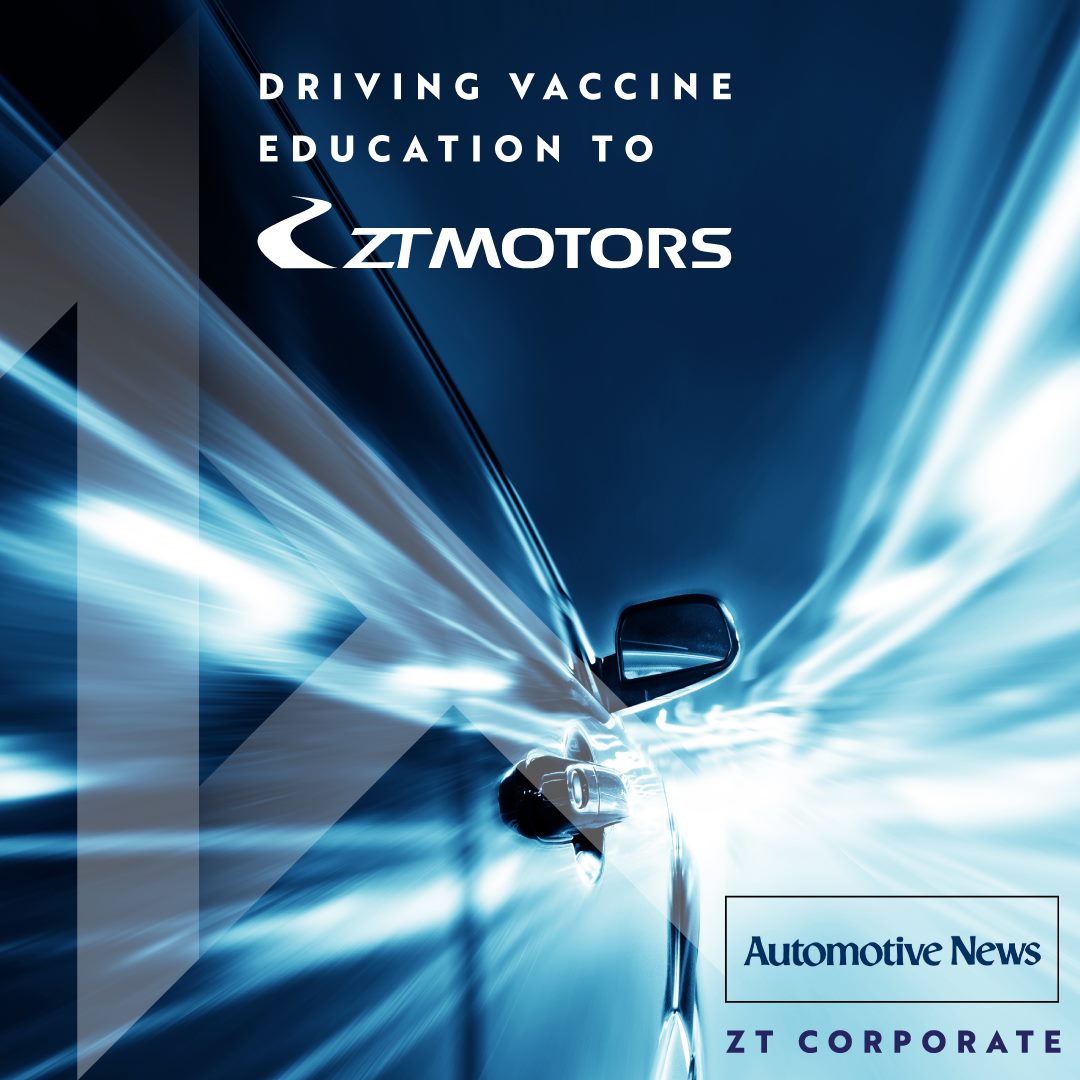 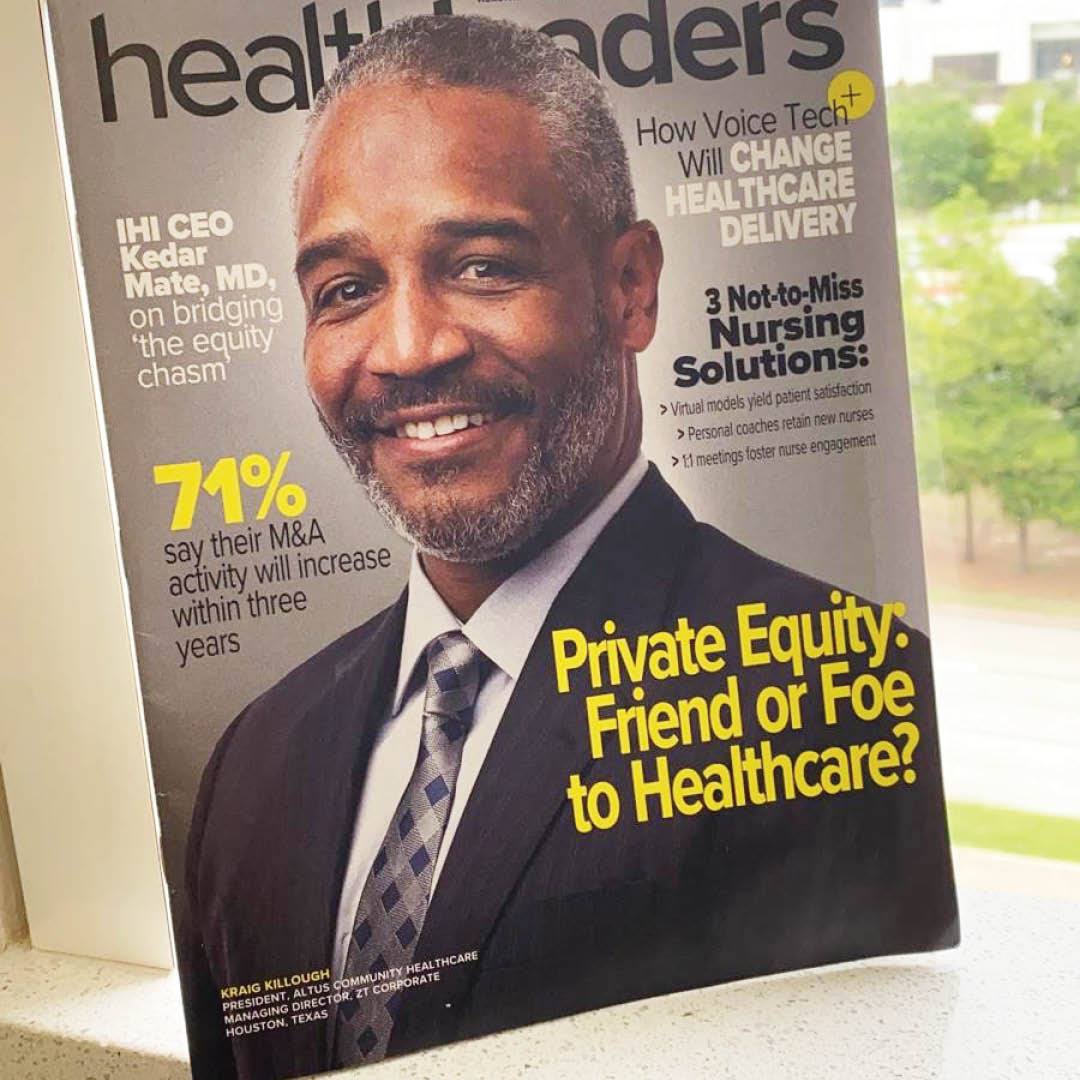